An underactive thyroid and vitamin D deficiency go together like PB&J, salt & pepper, yin & yang. But like any dynamic duo, it’s hard to tell which element is really giving the other its power. Previous schools of thought suggested that decreased vitamin D levels contributed to an individual’s risk of developing a thyroid disorder. This became a widely accepted theory; after all, a majority of people with hypothyroidism are suffering from autoimmunity, which is caused by imbalanced immune function and inflammation. And guess what’s responsible for regulating those two conditions? Ding, ding, ding! Vitamin D. In fact, vitamin D has been known to reduce thyroid antibodies; however, findings in other studies have shown that vitamin D wasn’t helpful when it came to improving antibodies in deficient individuals. But there’s a new study on the block claiming that we might’ve been going about this all wrong.

Perhaps it’s not the low vitamin D levels causing the thyroid dysfunction but the other way around.

Vitamin D is both a hormone and a vitamin--a double threat-- and is vital to every system in the body. You might be familiar with vitamin D as the vitamin we get from the sun, but it’s more complicated than that. It’s not like the sunlight shoots vitamins through its rays into our skin; vitamin D is actually synthesized in our skin when sunlight interacts with cholesterol. That being said, most mammals are able to produce enough vitamin D of their own; however, individuals who don’t have year-round access to the sun (Northern climates, working indoors, etc.), may have a problem synthesizing enough vitamin D.

If you’re not getting enough sunlight, it’s important that you supplement vitamin D as apart of your daily routine

Oxidative stress describes your body’s efforts to use antioxidants to stabilize reactive oxygen species (ROS) like free radicals. Consuming foods with high antioxidant content is really beneficial to your health because when there are too many free radicals roaming around, cell damage, inflammation, and decreased immune function are inevitable. While vitamin D isn’t an antioxidant, it can help reduce oxidative stress because it inhibits the production of ROS. If you’re deficient in vitamin D, your body lacks some of the resources it needs to combat oxidative stress.

There’s definitely a relationship between low thyroid levels, inflammation, and oxidative stress. Over 90% of underactive thyroid conditions are a result of autoimmunity. Since, in autoimmune cases, your immune system is attacking your healthy tissue, the damaged goods give way to ROS and inflammation. Additionally, your low thyroid disorder is also associated with low antioxidant levels, meaning that individuals who have an underactive thyroid produce more ROS and not enough antioxidants to get rid of them. In light of this, vitamin D needs to take on the extra slack to interrupt ROS production. Since your body needs extra vitamin D to deal with the oxidative stress, your levels will obviously become depleted.

The results of this study show that taking vitamin D levels probably won’t be the magic solution to bringing up your thyroid hormone levels.

That being said, vitamin D will remain a critical factor in your overall health, so it’s crucial that you allow your body to produce the amount it needs to stay healthy.

If your underactive thyroid is getting in the way of your body’s vitamin D production, you have a higher risk of developing serious chronic illnesses. 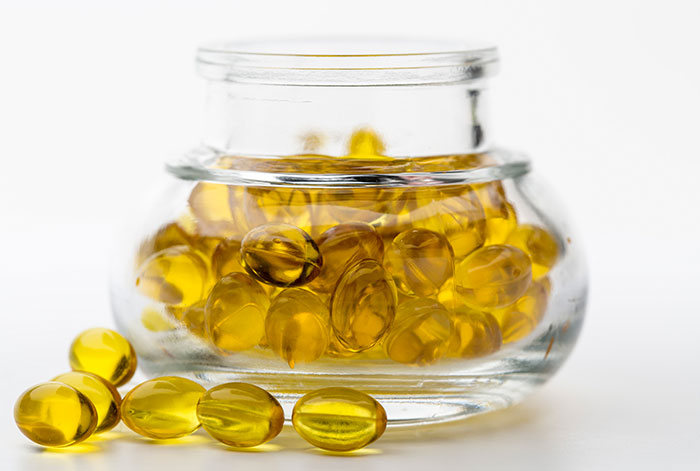 Because of this, I urge you to consult a functional medicine practitioner who can help you identify the specific imbalances plaguing your body. There’s no one-size-fits-all solution here, so it’s best to find someone who will treat you as an individual. At our clinic, we use cutting-edge research and testing to pinpoint your unique imbalances so that we can tailor a treatment plan that addresses your specific needs so that you can get back to feeling like yourself again.