Breathe at Your Own Risk

Air pollution is a serious offender when it comes to cognitive decline risks. Click to learn more about how to take control of your air quality. 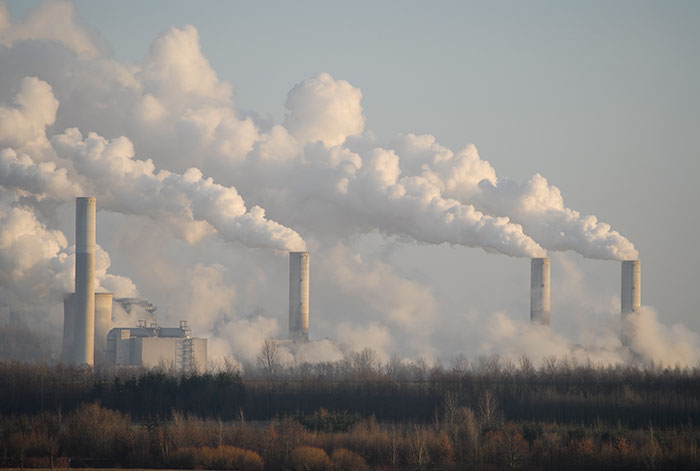 In a new study, researchers came to the dramatic conclusion that there’s an undeniable relationship between air pollution and cognitive decline. This could explain why, in recent years, cognitive disease diagnoses like Alzheimer’s are on the rise. Researchers from China were especially concerned about rising levels of sulfur dioxide, nitrogen dioxide, and particulate matter <10µm in 2010 and 2014. Given their curiosity, they decided to explore the ways in which air pollution affected cognition in adults.

During the 4-year study, the researchers studied over 25 thousand people and examined their cognitive abilities in math and language. They conclusively found that longer exposure to polluted air was linked to cognitive decline, and more specifically, verbal skills were more susceptible to damage. They suspect this result is attributable to the fact that verbal skills are tied to the brain’s white matter.

Interestingly, men have less white matter than women, so the loss of verbal skill was more dramatic in the male participants, and this result became more drastic as time went on.

In light of these results, researcher Dr. Zhang suggests that “investing in cleaner air not only improves human health but also cognitive capital, so when evaluating the impact of air pollution, the hidden cost on intellect should not be ignored.”

But seasoned adults aren’t the only ones who should be mindful of the air they breathe. Previous research examined air pollution’s negative effects on individuals’ neurological states. In one particular study, researchers separated college students into two groups: those who were given air purifiers and those who weren’t. They then examined college students’ blood and compared stress hormone levels, glucose, insulin, and fatty acid levels between the two groups. Their results showed that the students who weren’t given purifiers had higher levels of the metabolic and stress markers, which led the researchers to believe that air pollution has a wide-reaching effect on many aspects of your health.

But all of these findings don’t begin and end here. The EPA has even ranked air pollution as a primary health concern, and you may think that staying indoors might be a good solution, but EPA officials suggest that indoor air is worse than what you’re exposed to outside. It seems strange, but the fact of the matter is household items like your floor coverings, computers, mattresses, clothing, and furniture are teeming with dangerous chemicals that seep into the inside air. And this, alongside the outside air that enters your home, makes indoor air twice as dangerous. Of course, not breathing is not a viable option, so here are some ways to gain control over the air you inhale.


It might not have the same bleach-clean smell, but your grandmother’s water and vinegar cleaning solution is much healthier than today’s cleaning products, which are overloaded with a bunch of toxins. Surface cleaner or chemicals you spray on your clothes can disperse through the air and leave toxic chemical residue throughout your home. I suggest checking out the Environmental Working Group’s updated list of healthy home cleaners. With the list in mind, make sure to only purchase home products that don’t have toxic chemicals.

Another thing to note is that your furniture and other household items like mattresses, pillows, and carpeting have been chemically treated and may negatively impact your health and cognitive function. After around ten years, the chemicals off-gas into your home, which means you’re getting a constant source of indoor pollution. It’s important that you buy toxin-free home goods, and if you can, replace carpets with hardwood or other natural products.

You most likely give your home a regular scrub, but make sure to reach the nooks and crannies including the ducts, vents, and furnace. Your home’s furnace will heat your home, but it also circulates the air you breathe. If you go long periods of time without giving it a good clean, your furnace will collect toxic dust. Besides cleaning, you should also look into improving your home’s air circulation by getting a HEPA filter and by replacing air vent and furnace filters.

3. Invest in a HEPA Air Cleaner

There are a couple of units available including stand-alone or whole-home units. Regardless of which one you decide on, the HEPA filters will make sure to filter indoor air pollution and recirculate clean air. Take note of the size your filter works with– a good rule of thumb is to find one that captures particulate matter 2.5 and smaller. IQAir is one of my favorite options, but there are also less expensive models that pack a big punch. 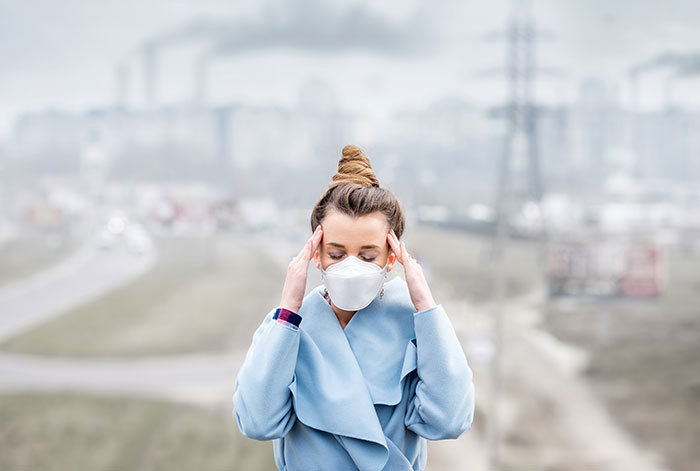 
Everything you put into your body–whether it be food, water, or air– will affect your health over time.

It’s easy enough to control your food and water intake, but the air you breathe seems like it’s a little more out of your control.

Make sure to do what you can to inhale healthy air, and if you’re worried about pollution’s impact on your cognitive health, it may be time to schedule a consultation with a functional medicine practitioner. At our clinic, we utilize state-of-the-art testing that will pinpoint any imbalance in your body so that we can tailor a plan made specifically for you and your needs. So breathe easy, there’s help where you need it.

Attend Our FREE “How to Overcome My Condition” Online Event