Can Side-Sleeping Reduce Your Risk of Alzheimer’s?

We’ve long known that getting the right amount of good-quality sleep is critical to a sharp and healthy mind. But it turns out that it’s not just 8-hours of solid sleep safeguarding your brain; it’s also the position that you cuddle up into each night.

Side-sleeping reigns supreme when it comes to increasing waste-clearance from brain tissue and protecting the brain from neurological diseases such as Alzheimer’s disease.

It may sound unbelievable, so let me explain why.

While you rest deeply, the glymphatic system filters cerebrospinal fluid and exchanges it with interstitial fluid, which clears out proteins that can be dangerous if they build up in the brain. These waste products include key molecules indicated in Alzheimer’s such as β (amyloid) and tau proteins. But the glymphatic system also pulls chemicals, toxins, and infectious waste from the brain as well. This waste-clearing system is even more efficient when you’re sleeping on your side, versus belly or back-sleeping.

Interestingly, the glymphatic system is largely inactive during waking hours but goes to work at night when you’re fast asleep. In fact, it’s twice as effective during sleep. Scientists think this may be linked to the stress hormone norepinephrine, which is upregulated during wakeful hours. Norepinephrine seems to inhibit the activity of the glymphatic system. This also correlates to the fact that chronic stress increases risk of Alzheimer’s disease, a state when norepinephrine and other stress hormones are increased.

Improving sleep quality and retraining yourself to sleep on your side will increase your brain’s ability to rid itself of dangerous waste.

In fact, researchers go as far as to say that upregulating the glymphatic system can reduce genetic risks associated with the development of Alzheimer’s disease. If achieving high-quality sleep is daunting, try these simple tips, and you will be resting easy and safeguarding your brain in no time.

Make sure that your sleep space is free of ambient or distracting lights that prevent or interrupt sleep. To that end, turning off TV, computers, and cell phones an hour before bedtime triggers the brain to begin producing melatonin, your sleep hormone. Tap into your circadian rhythm--get outside during the day, and avoid bright lights at night to improve sleep.

Noise is a well-known disrupter of sleep. Abrupt or intermittent noise leads to poor sleep, but consistent noise like white noise machines can improve sleep by blocking out more interruptive noises.

3. Hone in Your Hormones 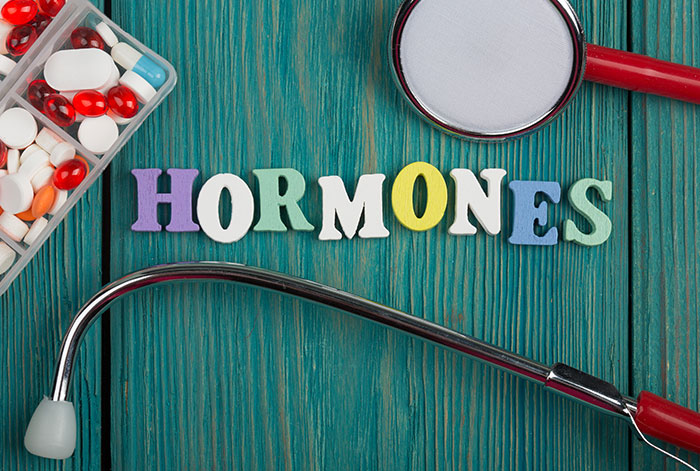 Hormones play a huge role in sleep quality. I’m not just talking about sex hormones like testosterone, estrogen, and progesterone; although, they can be involved. I’m also referring to insulin, which regulates blood sugar; your thyroid, which regulates metabolism; and cortisol, which is involved in both stress response, thyroid function, and blood sugar, among others. If any of these are out of whack, your sleep will suffer.

Amazing sleep is an important factor for preventing and treating cognitive decline, but it’s not the only concern critical for protecting your brain. Countless imbalances can trigger damage within the brain. That’s why I use comprehensive screening tools to assess each of my patient’s cognitive health risk. With that information at our fingertips, we can create an effective protocol to support optimal brain function.

Are you asking yourself: "Do I need the best Alzheimer's Doctor Near Me?" Come to Integrative Wellness Center of San Diego!

Organic vs. Non-Organic: What You Need To Know