Ladies! Working Overtime is Putting You at Higher Risk of Diabetes – Part 2

Working overtime increases the risk of diabetes in women. Learn how gender differences are making you more susceptible to stress-related disease.

In the first part of this 2-part series, we picked apart the lifestyle contributions that put women at a higher risk for diabetes than men when they work more than 45 hours a week. To review, women tend to have a lot more on their plates than men do (in general). This means that extra hours at work lead to extra work hours at home, meaning less sleep and fewer opportunities for self-care. But, there’s more to the story than this. Women are facing more overwhelm trying to balance work and home pressure, but physiological sex differences play an important role in a woman’s disease risk, too. Let’s take a look.

Women are more impacted by emotional and social stress.

Women have a tendency to blame themselves for stressful situations and spend a greater amount of time reflecting on what they could have done differently.

This is not just conditioning, this is due to a different activation of the brain compared to men. Women experience an overactivation of an area in the brain called the right parieto-frontal cortex (RPFC) which regulates negative thinking. In women, activation of this area is more persistent after stress than in men.

It’s true; women tend to have a more persistent stress response in the brain and body than men, but men have a stronger stress response. Men respond quickly and strongly to stress, but their bodies recover fairly quickly. Women, on the other hand, pump out a bunch of stress hormones like cortisol, but the brain is slow to notice, so it takes much longer to recover. This leads to longer intervals with increased stress hormones driving up inflammation.

Cortisol also promotes weight gain, especially around the midsection, which alongside inflammation, are major contributors to developing insulin resistance.

Those same inflammatory molecules being pumped out by stress reduce the immune system’s ability to function and puts women at higher risk of autoimmune disease. Women account for almost 80% of autoimmune disease in the US. In fact, many cases of type 2 diabetes are now thought to have some aspect of autoimmunity as well.

In women, estrogen helps regulate stress and inflammatory response. However, estrogen levels are lower during the first half of the menstrual cycle and for women going through perimenopause or menopause. These hormonal shifts increase the risk of a heightened stress response compared to men who have less hormonal fluctuation over time. 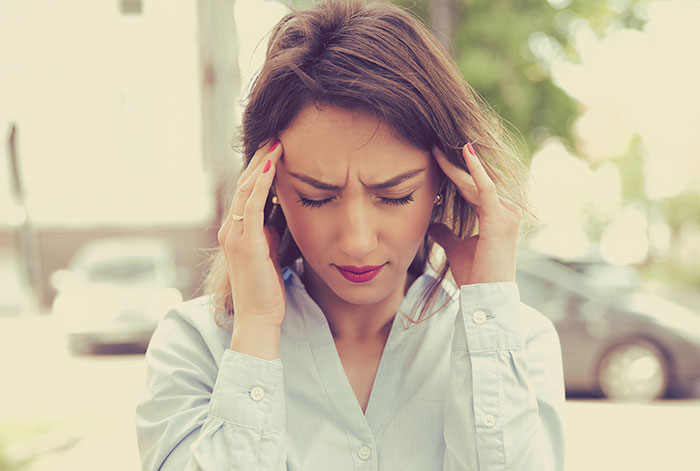 Women are at higher risk for diabetes development and most chronic diseases when their stress is out of control. This means that women must turn their focus to stress management skills and be mindful of how much they pile on their to-do list. Women have grown to believe that they can do it all, and they probably can. It comes at a price, though, and often that price is their health. Although conventional medicine often brushes “stress” under the rug, in functional medicine, we value the distinct risks associated with stress. We use extensive testing to identify and tailor therapies for your unique body to reduce inflammation, support your stress response, and help you prevent or reverse stress-related diseases like diabetes.